Mazan, a small town located in Vaucluse in Provence between Carpentras and Mt Ventoux / Gorges de Nesque, has a remarkable collection of Gallo-Roman (Merovingian) sarcophagi. Mazan also has connections with the Marquis de Sade. 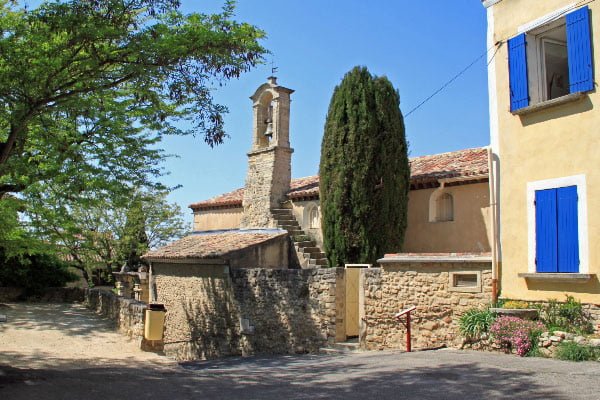 Mazan is a small, old town in Vaucluse en Provence in France. The town itself is not particularly picturesque but it is worth stopping to see the around 60 Merovingian sarcophagi that line the border of the local cemetery. The small old town center has several buildings from the seventeenth and eighteenth century, as well as a few remnants from the Middle Ages. Mazan was also a residence of the Marquis de Sade.

The main sight to see in Mazan is the cemetery where Roman-Gallo (Merovingian) sarcophagi line the outer borders of the graveyard. The graveyard has 64 complete stone sarcophagi on display while the rest of the 144 sarcophagi are without covers or suffered other damage. These Christian sarcophagi date from the 5th and 6th centuries and were discovered around 2 km away near the old Roman road linking Carpentras and Mormoiron.

Also worth seeing in the Mazan cemetery is the Notre Dame de Pareloup chapel. This Romanesque-style chapel dates from the eleventh century. The cemetery also offers great views of Mazan as well as Mt Ventoux.

The cemetery Saint Pierre is open daily from 8 am to 7 pm (7 am to 8 pm from April to September). Park opposite the tourist information office, which has free maps, and follow the “Sarcophages Gallo-Romain” signs. It is a five-minute uphill hike to the cemetery.

Marquis de Sade and the Old Town of Mazan in Provence, France

Mazan has a small old town center. As the town is not particularly popular with tourists, it is a great chance to see an old Provencal town center unspoiled by souvenir shops or artists’ studios.

Many buildings in Mazan date from the eighteenth and nineteenth centuries but several are older. Remnants from the Middle Ages include the town gates towards Carpentras and Mormoiron, parts of the town wall, and the tower of the old Sade castle.

The Romanesque parish church tower is similarly from the twelfth century but the church itself has been rebuilt many times in varying styles. The nearby chapel, now used as a local history museum, is from the late seventeenth century. The museum is open generally mid-June to mid-September from 2 to 5 pm. It has some exhibits from stone-age implements found at excavation sites on the southern slopes of Mt Ventoux.

The notorious Marquis de Sade lived in Mazan – he occasionally also used the title Marquis de Mazan. He founded the first theater festival in Provence from the Sade residence that dates from the early eighteenth century. This former Sade property is now used by the luxury Chateau de Mazan hotel.

Transportation to Mazan in Provence

Mazan is around 6 km to the east of Carpentras on the D942 towards Mormoiron, Sault, and the spectacularly beautiful Gorges de la Nesque. It is easiest reached by car but bus services are also available from Carpentras (lines D & 12.1).

The Nesque Gorge is hugely popular with cyclists, who may enjoy a short break in Mazan, which is 10 km on flat roads to the west of Villes-sur-Auzon, where the scenic route through the Nesque Gorge splits away from the main road to Sault.

Photos and Images of Mazan in Provence, France