Where to Sleep and Eat in the Upper Palatinate in Bavaria, Germany

Amberg and Weiden in the Bavarian Oberpfalz (Upper Palatinate), Germany have pleasant and cheap hotels and restaurants where guests enjoy value for money and great service. 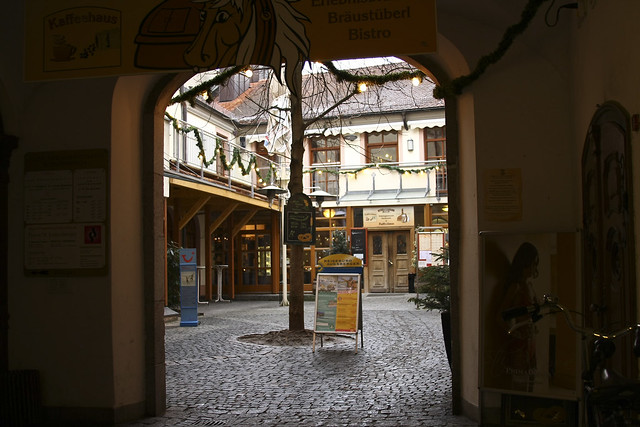 Amberg and Weiden have the largest number of hotels and restaurants in the Oberpfalz (Upper Palatinate) region of Bavaria. Country hotels and holiday cottages are popular in the Bavarian Forest but for most short term visitors, hotels in the larger towns are more convenient. The Eh’häusl in Amberg claims to be the smallest hotel in the world – here guests become owners for the night.

The Hotel Drahthammer Schlößl is to the south of Amberg on the banks of the stream. It is a pleasant half-hour stroll along the river to the old town. The hotel building dates from the early 19th century but the bedrooms are modern, comfortable, and stylish. The Michel serves gourmet, mostly French cuisine while the hotel restaurant has an international menu with local specialties.

The Allee Parkhotel Maximilian, with its characteristic half-oval architecture, is at the northern edge of the old town. Rooms are available in five categories with either old town or hillside views. All are bright, smartly furnished, very modern and comfortable.

The Brunner Minotel is a modern town hotel a block from the station at the edge of the old town. Rooms are simply, but practically furnished.

The Eh’häusl in Amberg – the Smallest Hotel in the World

The Eh’häusl in the heart of the old town claims to be the smallest hotel in the world.

From 1728 to 1868, couples who wanted to marry in Amberg needed to show proof of property. Many could not afford their own house so a bright entrepreneur built this small house between two existing ones and “sold” it on a short-term basis to prospective couples. As many a locally married couple spend their first honeymoon night here, it was called Eh’häusl – local dialect for Wedding House.

Now, as it was then, anyone “buying” the house for the night has the whole hotel to themselves – all six floors including cellar, breakfast room, lounge with working open fireplace, and a bedroom under the roof beams.

The Eh’häusl is furnished modern and is comfortable but not particularly luxurious apart from the privacy and ability to invite guests over to you own private hotel.

Hotel Admira is a modern, upmarket hotel a block from Weiden station and adjacent to the conference center. Rooms are comfortably furnished and mostly modern. The suites are very luxurious. The Lobster serves international cuisine with a large Mediterranean selection.

Klassik Hotel am Tor is at the edge of Weiden’s pedestrian zone in the old town. The oldest part of the hotel dates from 1567 but most of the 40 rooms are in a newer wing. Three room categories are available with the romantic rooms in the old building the most appealing. The cheaper rooms are a bit cramped. All rooms at the Klassik Hotel am Tor have DVD players.

Hotel Europa is around 1.5 km / a mile to the west of the old town. Rooms are modern and comfortably furnished. The stylish L’Escargot serves nouvelle and classical cuisine.