Low-cost airlines have cheap airfares and discount tickets on flights from airports in London, the UK, and Ireland to visit advent Christmas markets (Weihnachtsmärkte) in Germany. 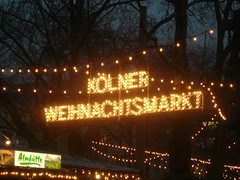 Cheap flights are a major consideration for travelers from Britain and Ireland when flying to Germany to visit a Christmas market (Weihnachtsmarkt). Nürnberg (Nuremberg) is probably the most famous German Christmas market but most German cities have large Weihnachtsmärkte.

If cheap flights are not available on low-cost airlines, also compare deals with regular full-service airlines such as Lufthansa and British Airways bearing in mind that luggage and other surcharges are already included in the advertised prices. German Christmas markets vary in size and flavor but to most foreign visitors the differences will not be that significant, making it quite sensible to pick the market according to the lowest price flights available to whatever German airport.

Suntransfers provides online quotations for transfers by taxi or minibus van between many destinations in Germany.

Cheap Flights on Low-Cost Airlines to Nürnberg / Nuremberg Airport (NUE) from London, the UK, and Ireland

Germany’s most famous Christmas market is in Nürnberg (Nuremberg) making it sensible to first check flight prices to this Bavarian city. Fortunately, Nürnberg Airport (NUE) is a major hub of German budget carrier Air Berlin. Air Berlin has up to two flights per day to London Stansted (STN) with connection flights to Glasgow (GLA) and Manchester (MAN). Flights to Belfast, Birmingham, Dublin, and Edinburgh are possible via various European capitals. Nuremberg Airport (NUE) is a mere 10-minute U-Bahn train ride from the old town.

Cheap Flights on Low-Cost Airlines to Cologne-Bonn Airport (CGN) from London, the UK, and Ireland

Cologne-Bonn Airport (CGN) is the most popular airport in Germany with flights on low-cost airlines arriving from over a hundred destinations. Budget airlines and has numerous options to London, the UK, and Ireland.

Irish budget airline Ryanair flies up to three times daily from London-Stansted (STN) and daily from Dublin Airport (DUB) to Lübeck Airport. Lübeck Airport is only minutes from Lübeck’s UNESCO World Cultural Heritage listed old town – a remarkably romantic setting for a Christmas market. Hamburg can be reached by bus in just over an hour from LBC.

Cheap Flights on Low-Cost Airlines to Frankfurt Airports (FRA & HHN) from London, the UK, and Ireland

Frankfurt International Airport (FRA) is only minutes by train from Germany’s largest Christmas market. Lufthansa and British Airways frequently have low airfares on offer from various airports in the UK and Ireland worth considering for the considerable convenience of using Frankfurt Airport.

Cheap flights to Frankfurt-Hahn Airport (HHN) on Ryanair are somewhat negated by the 90-minute bus ride to Frankfurt am Main. It is around an hour from Hahn to lovely Christmas markets in Mainz or in Trier. Ryanair flies to Frankfurt-Hahn (HHN) from Dublin (DUB), Glasgow-Prestwick (PIK), Kerry (KIR), and London-Stansted (STN).