The Mille Miglia Museum is a treasure trove of documentation, period pieces and cars on one of the most famous historic car races in Italy. 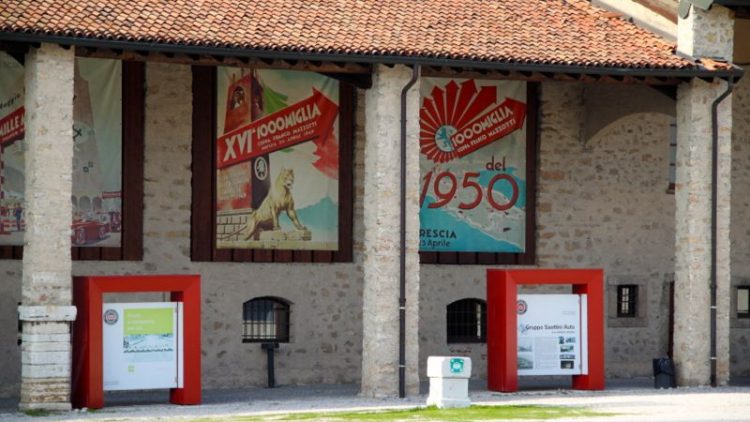 The Mille Miglia Museum in Brescia celebrates the historic road races held from Brescia in Lombardy to Rome and back between 1927 and 1957. These road races were literally a thousand miles (1,600 km) long and count amongst the most popular and famous automobile races in history. The large Museo Mille Miglia in Brescia exhibits a wealth of information, documents, period costumes, car parts, and cars related to the historic races. A small “Beatles in Italy” display adds a different note at the end of the collection. The museum is located in the outskirts of Brescia in a historic former monastery. 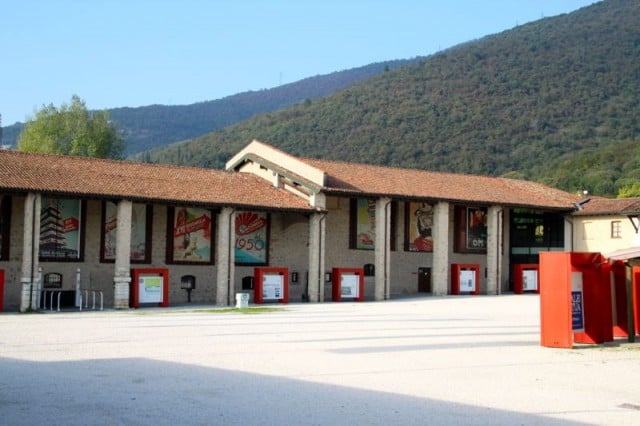 The Mille Miglia car race was held 24 times between 1927 and 1957 from Brescia in northern Italy to Rome and back. The race distance was around a thousand miles (1,600 km), as the name suggests, and held on public roads. The routes vary but all races were from Brescia to Rome and back, as a continuous race with stops mostly optional.

Giuseppi Morandi in an OM 665 S won the first race in 1927 in a time of just over 21 hours at an average speed of 78 km/h. The average speed topped 100 km/h for the first time in 1931 when the German driver Rudolf Caracciola won the race in a Mercedes Benz SSKL.

The 24 Mille Miglia road races were mostly won by Italian drivers in Italian cars. Apart from Sterling Moss, the only other foreign winners were German in 1931 and 1940 (Von Hanstein / Baumer in a BMW 328. These were also the only races won by foreign cars.

Alfa Romeo cars won the Mille Miglia 11 times followed by Ferrari with 8 victories and Mercedes Benz with two. Fiat had 48 category victories while Alfa Romeo had 45, Lancia 20, Ferrari 16, and Porsche 13.

Since 1977, the 1000 Miglia has been held as an historic race for pre-1957 cars. The race is currently held annually over three days in mid-May with average speeds below 50 km/h. To qualify for the race, the car must be similar to a model that registered for participation in one of the original Mille Miglia races. Although Italian drivers continue to dominate, foreign brands are doing much better now. 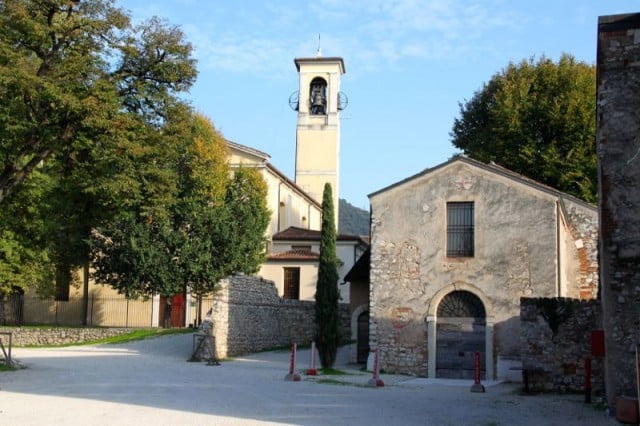 The Museo Mille Miglia was founded in 2004 after the chance discovery of boxes of documentation and items related to the historic thousand miles race. The museum was appropriately opened in the town that saw the start and finishing of the historic races.

The Mille Miglia Museum is located in the historic former monastery of Saint Eufemia della Fonta, which dates back to AD1008. Most of the museum is dedicated to the 1927 to 1957 races with smaller sections on later races and a small Beatles Museum at the end of the tour.

The museum has descriptions of all races from 1927 to the end of the real Mille Miglia road races in the late 1950s. Historical items, car parts, and period dress enhance the exhibition. Reconstructions also show what the road surfaces looked like during the 1920s and subsequent decades.

A highlight of the museum is the large number of cars on display. These cars either participated in the historic races or are of suitable vintage to have done so. The cars are privately owned and the display thus changes as owners need their cars for historic races or other events. The smell of burned oil and fuel perfume the air with oil dripping from sumps confirming that these cars are very much in use and in character.

At the end of the museum tour is a few rooms filled with memorabilia of the Beatles in Italy. This Beatles Museum has album covers, posters, music, and other items related to the Beatles and their fans in Italy. 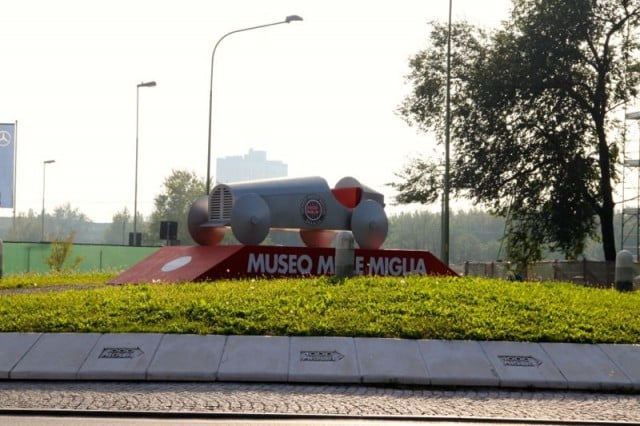 Information in the museum is in Italian and English with audio guides available.

The museum shop has a large range of automobile and racing memorabilia and books on sale. A café and restaurant is located in the courtyard. 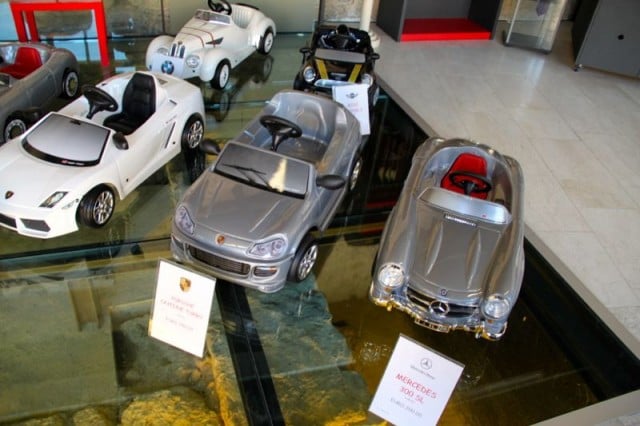 Ample free parking is available. As the museum entrance is in the monastery courtyard around the back, drive as far into the complex as possible before parking.

The Museum Mille Miglia can also be reach by bus 3 from Brescia or bus 11 from Lake Garda. Bus stop Eufemia is right at the museum.

Brescia is the second largest city in Lombardy (after Milan) and has an interesting historical center. (The suburbs and outskirts are disappointingly modern and industrial.) Particularly worth seeing is the round old cathedral, the castle, and the fantastic Brescia history museum.

The Novotel Brescia 2 is a modern but comfortable hotel with a swimming pool and family rooms that can sleep up to four. It is a few minutes drive from the Mille Miglia Museum and often offers discount admission tickets to the museum in package deals.