The National Maritime Museum (Het Scheepvaartmuseum) in Amsterdam has a large collection of shipping-related items and a replica of a Golden Age sailboat. 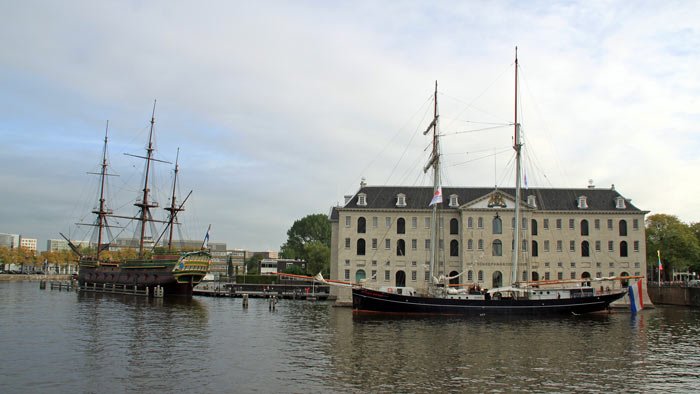 Het Scheepvaartmuseum in Amsterdam has the world’s second largest collection of historic maritime objects. The museum displays cover many aspects of The Netherlands’ glorious naval history using paintings, shipping equipment and instruments, models, the Golden Age and the VOC, and special sections for children of all ages. A major attraction is the replica of the 18th century tall boat – Amsterdam – which visitors can explore in all nooks and crannies. The Maritime Museum is beautifully located inside a 17th century arsenal in Amsterdam harbor a short walk from Centraal Station. 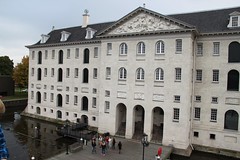 Het Scheepvaartmuseum (National Maritime Museum) is one of the best-known museums in Amsterdam. It covers maritime history, a topic close to the heart of many Netherlanders, as shipping and commerce played (and continue to play) such a central part in the lives and wealth of the Dutch.

The Maritime Museum is located inside a former navy arsenal, which was completed in 1656 in only nine months. Unfortunately, the latest refit, which took considerably longer to complete, hid most of the old building – to a large extend out of necessity to improve the climate control needed to preserve historic items.

Visitors enter the museum building from the south and from the covered courtyard buy tickets, visit the café, or enter the various exhibition areas. 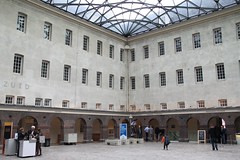 The various collections of the Maritime Museum are distributed in the four wings of the square arsenal building. The four wings named after the main compass points are entered via the central courtyard. It is mostly not possible to connect to different wings on the upper floors without having to pass again through the courtyard on ground level.

The West Wing is mostly aimed at children with special interactive exhibitions on whaling and sea faring in general as well as a play area for toddlers. Also in this wing is an exhibition on the Golden Age that focuses on the lives of various individuals, including a slave girl and an unwilling sailor, rather than the larger influence that the Golden Age had on Dutch history. 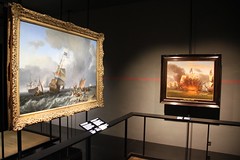 The North Wing (Noord) has mostly interactive displays including a bird’s-eye view of the port of Amsterdam and a virtual voyage at sea, as well as the temporary exhibitions of the museum. 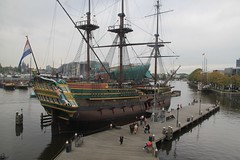 The north wind also gives access to the jetty with the East Indiaman Amsterdam – a replica of the 18th century tall ship Amsterdam used by the VOC. The Vereenigde Oost-Indische Compagnie (VOC), or Dutch East India Company, dominated international trade during the 17th century. It was the world’s first company to issue nameless stock and paid an annual share dividend of 18% per year for near 200 years. The VOC was ruthless and the poster child simultaneously for all that is good and bad in capitalism – see Wikipedia for a brief description of this remarkable company. 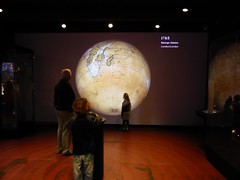 Het Scheepvaartmuseum in Amsterdam is interesting to visit with children of all ages. Apart from the special sections for children, many displays are interactive. For example, in the historical globe section visitors can digitally spin several historic globes, in the navigational instruments hall try to navigate using the stars, and opening endless cupboard doors in the banqueting hall. These also provide useful distractions for children while adults can enjoy the more boring stuff.

The new display in Het Scheepvaartmuseum has also been criticized for being style over substance. In the old museum, visitors could get lost in the maize of rooms overfilled with displays. The new museum is modern but also with much less to see. Furthermore, descriptions are often very cryptic and in some rooms the lightening is so low that signage is difficult to read. 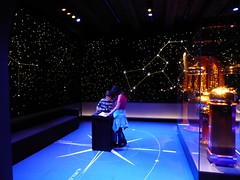 The museum also deals surprisingly offhand with the formal history of Dutch seafaring and does not give a satisfactory overall perspective of the Golden Age and the glory days of Dutch naval mastery. References to Piet Hein and Michiel de Ruyter are far and few between. The upside it that the museum is probably more accessible to most visitors but Dutch visitors and those keen on more details may be disappointed with the rather superficial treatment of historic events and technical details. 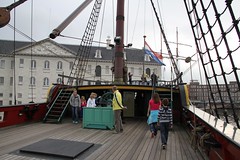 A highlight of a visit to Het Scheepvaartmuseum is scaling the reconstructed 18th-century VOC tall ship Amsterdam. Visitors can access all decks and peak into the captain’s private quarters, including a toilet with a view. Children may fire a canon, try out hammocks, steering, and other shipping equipment from the 17th and 18th centuries. 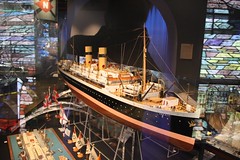 Tickets for the National Maritime Museum are €15 for adults and €7.50 for children 5 to 17. Admission is free for under 4-year olds and bearers of the Museumkaart or I Amsterdam City Card. Skip-the-line tickets can be bought online from the museum or Tiqets at the same price and available as mobile phone or self print email tickets.

Het Scheepvaartmuseum is open daily from 9 am to 5 pm and closed on King’s Day (end April), Christmas and New Years’ Day. The very pleasant restaurant-café opens at 10 am and is accessible without a museum ticket.

Photography is allowed in most of the museum. Free lockers are available in the basement for coats and bags bigger than around 30 cm.

Location of the National Maritime Museum

Het Scheepvaartmuseum is at Kattenburgerplein 1, 1018 KK Amsterdam to the east of the main train station. It is a very pleasant 15-minute walk from Centraal Station – provided it is not too windy – along the quays passed new developments, the floating Sea Pearl Chinese restaurant, the NEMO science center built over the entrance of the road tunnel underneath the IJ River, and the Arcam architecture center. From the bridge near the museum, visitors can also see an actual historic windmill, something surprisingly rare in Amsterdam.

The museum can also be reached by bus 22 (Indische Buurt) or bus 48 (Borneo Eiland) from the stop Prins Hendrikplantsoen across from the Victoria Hotel at Centraal Station. Both buses stop at Kadijksplein near the museum.

Het Scheepvaartmuseum is also surprisingly close to the Plantage neighborhood. From the National Maritime Museum it is only around a kilometre walk to the Verzetsmuseum (Resistance Museum), the Artis Zoo, or the Jewish Cultural Quarter with Portuguese Synagogue.