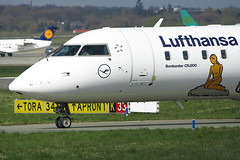 The number of flights and destinations served from Northern Germany inceased dramatically in recent years. Low-cost airlines fly to many airports in the north of Germany including Hamburg, Lübeck, Rostock, Bremen, and Hannover. Although most intercontinental passengers still have to travel via Frankfurt International, cheap, direct flights on low-cost airlines allow many European travelers to fly directly to their destinations in Northern Germany.

Hamburg Airport (HAM) is the largest airport in Northern Germany but much smaller than Frankfurt International (FRA) and Munich (MUC) Airports. Flights from Hamburg are available on most European airlines to major European airports. Low-cost airlines fly from Hamburg to many large European cities but most cheap flights are to holiday destinations in the Mediterranean region.

Lübeck Blankensee Airport (LBC) is often advertised by low-cost airlines as Hamburg (Lübeck) Airport. However, LBC is around an hour by road from Hamburg but very convenient to Lübeck with its lovely UNESCO World Cultural Heritage listed old town. The number of flights are limited but generally cheaper than from Hamburg on budget airlines Ryanair and Wizz Air.

Hannover Airport (HAJ) – Hanover in English – is a major departure point for low-cost and charter flights to holiday destinations especially along the Mediterranean. Hannover Airport also has a remarkable number of flights to Eastern Europe and Central Asia.

Bremen Airport (BRE) is a mere 3.5 km (2 miles) from downtown Bremen. It has far fewer flights than Hamburg and Hannover but is increasingly popular with low-cost airlines such as Ryanair and airberlin. Locally based regional airline Ostfriesische Lufttransport (OLT) has many flights from BRE.

Cheap Flights from Rostock Airport (RLG) on the Baltic Sea

Rostock Airport (RLG), on the Baltic Coast of Mecklenburg-Western Pomerania, is one of the smallest international airports in Germany. The majority of flights from here is on low-cost and charter airlines to holiday destinations. However, travelers also appreciate the frequent flights to Munich (MUC), an otherwise over eight-hour journey by rail.