The small Sherlock Holmes Museum in Meiringen near the Reichenbach waterfalls is dedicated to world’s most famous fictional detective. 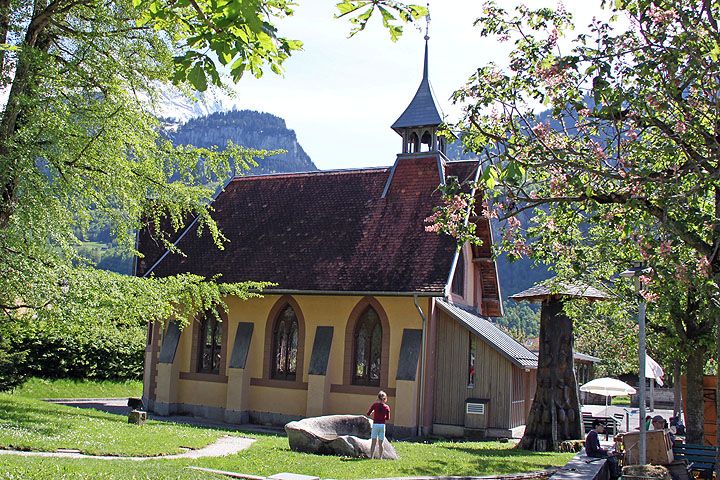 Meiringen in the Haslital near Interlaken in Switzerland has been a pilgrimage site for Sherlock Holmes fans ever since Sir Arthur Conan Doyle killed off the famous fictional detective at the nearby Reichenbach Waterfalls. A small museum with Holmes-related objects and a model of the living room of 221b Baker Street are the main attractions in town for most foreign visitors. The nearby Reichenbach Falls are worth visiting for its sheer beauty and the views too. The Aare Gorge is also a top sight near Meiring and the entrance to the Haslital.

The small Sherlock Holmes Museum on Conan Doyle Place in the heart of the small town Meiringen is dedicated to the memory of the world’s most famous fictional detective (although for some visitors he is very much real). The small museum – it is tiny – is located inside the English church and especially its basement.

Visitors to the museum receive an audio guide – available in many languages – that explains the life of Sir Arthur Conan Doyle and more thoroughly his best-known character. As Sherlock Holmes and Dr Watson were of course never alive the items on display are mostly things that would have belong to similar characters at the end of the nineteenth and early twentieth century. 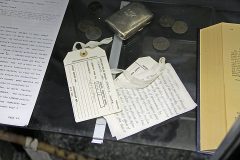 On display are amongst others Holmes’ last letter to Watson, the police report on the death of Holmes following his struggle with Moriarty at the Reichenbach falls in 1891, and train schedules from the time.

Much is also made of the life of Dr Watson with exhibits of rugby shirts from his school, military uniforms, and other paraphernalia. 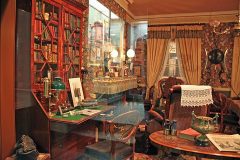 The highlight of the visit is the construction of the living room of Sherlock Holmes in 221b Baker Street. Care has been taken to include anything ever mentioned about the room in any Sherlock Holmes story while other elements are typical of such London lodgings at the end of the Victorian era. 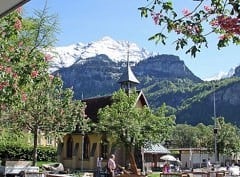 The Sherlock Holmes Museum is open from May to mid-October on Tuesday to Sunday from 1:30 to 6 pm. In winter (December to April), the museum is only open on Wednesday and Sunday from 4:30 to 6 pm.

Admission is CHF4 (CHF3 for children under 12). The Swiss Museum Pass is valid. 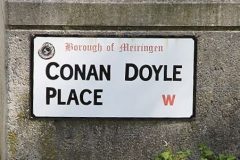 Visiting the museum takes around half an hour – the museum is very small but the audio guide fairly thorough and easy to use. The Sherlock Holmes trail in Meiringen guides visitors through the town with many information boards on the detective and his author.

Meiringen can easily be reached by frequent train from Brienz and Interlaken.

The Sherlock Holmes Museum in Lucens near Lausanne

Sherlock Holmes fans will also enjoy the Sherlock Holmes Museum in Lucens near Lausanne. Sir Arthur Conan Doyle’s son Adrian lived here in the picturesque castle for many years. The museum in the Maison Rouge in Lucens has many objects from the life of Conan Doyle, including personal letters in the neatest of handwriting and items that inspired his stories, as well as another reproduction of the Baker Street living room.

Further sights near Meiringen include the Reichenbach waterfalls, where Sherlock Holmes’ struggle with Moriarty took place, and the spectacular Aare Gorge (Aareschlucht). The Ballenberg Open-Air Museum of Swiss Rural Architecture near Brienz is also worth visiting, as is cruising on Lake Brienz towards Interlaken.