Safe Flights from Germany on Lufthansa, LTU International, and Condor

Germany’s best-known traditional, full-service airlines include Lufthansa, LTU, and Condor. These carriers are amongst the safest in the world with excellent safety records. 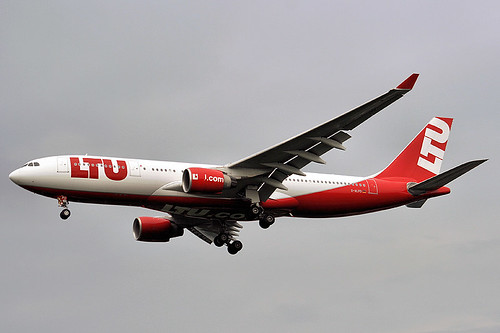 Lufthansa is by far the largest and best-known airline in Germany. Lufthansa has an international network with flights to all continents. Condor and LTU have long records too and in recent years moved from its traditional holiday charter airline routes into normal scheduled flights as well. Lufthansa, LTU, and Condor have excellent safety records and are amongst the safest airlines in the world.

Service and Safety of German Airlines

German full-service airlines have good reputations with customer service and overall satisfaction levels amongst the highest in the industry.  Free drinks, and on longer flights free meals, can still be taken for granted on most German airlines. Surcharges are very rare on German carriers too – checked luggage, standard airport check-in, and seat allocation are still included in the standard ticket price.

German airlines have excellent safety records and rank amongst the safest carriers in the world. LTU never had a fatal accident in over 50 years in business.

Lufthansa (LH) is one of the world’s largest and best-known airlines. Lufthansa is currently the second largest carrier in Europe and the sixth largest airline in the world in terms of passenger numbers. Lufthansa Cargo adds numerous more planes to the Lufthansa fleet. Lufthansa was a founding member of Star Alliance allowing participants in Lufthansa’s frequent flyer program Miles & More a huge range of opportunities to earn and use miles.

Lufthansa generally offers reliably good service although its slogan “there is no better way to fly” is not a written contract.  Personal television screens in economy class are only seen on very few Lufthansa intercontinental flights. On the upside, free food and drink are still served even on short flights.

Lufthansa often sells European flights for €99 return – at this price Lufthansa competes very well with low-cost airlines and passengers enjoy the fixed price (all taxes and charges included) without a myriad of add-ons that low-cost airlines favor. The best prices on Lufthansa are often available on the airline’s own website and it is worth subscribing to Lufthansa’s newsletter to obtain details of special offers.

LTU International Airlines – One of the Safest Airlines in the World

LTU has its origins in charter flights and has been in business since 1955. LTU offer regular scheduled flights on especially medium to long-distance destinations (including a few US cities) from Germany.

LTU belongs to German low-cost airline airberlin. LTU, much like airberlin, has a reputation for good customer service and the separate brand will probably survive on long-distance flights. In terms of on board service, LTU often rates equal or even higher than Lufthansa.

LTU is based at Düsseldorf Airport (DUS) in the Ruhr area with secondary hubs at Berlin-Tegel (TXL) and Munich Airport (MUC). LTU operates 26 aircraft, mostly Airbus A320 and A330 planes, with an average fleet age of only 6.6 years.

LTU has an excellent safety record. In over 50 years of flying. LTU never had a fatal accident making LTU statistically one of the safest airlines in the world.

Similarly to LTU, Condor has been flying since 1955 as a charter airline. Condor had and continue sto have an interesting ownership battles with tradition close ties to Lufthansa, part-owned by Thomas Cook, and airberlin frequently showing an interest.

Condor flies mostly to medium and long-distance holiday destinations from many airports in Germany. Condor’s main base is Frankfurt International Airport (FRA), an airport seldom used by low-cost airlines. Condor’s 35 planes are on average 9.8 years old.