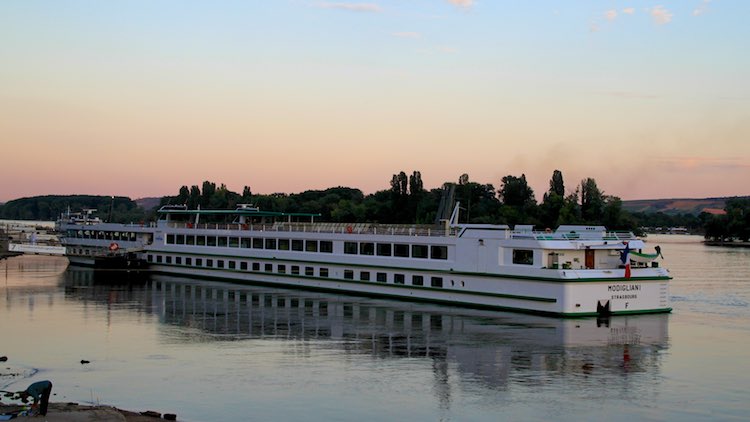 When comparing prices bear in mind that not all internet reservation services can book all saving discounts, e.g. discounts for children or major anniversaries. Do compare rates and use a traditional travel agent if necessary to secure the best deals. Also note if all excursions are included – cheaper deals on riverboat cruises aimed mostly at European travelers are often without excursions and tours.

Luxury Riverboat Cruises on the Rhine, Moselle, and Main Rivers

The Rhine River (Rhein) is the most popular river in Europe for multiple-day river cruises. Luxury Rhine riverboat cruises can be as short as three days but a week is the most common cruise duration.

The classic Rhine River cruise is from Basel in Switzerland to the Netherlands passing cities such as Strasbourg in France as well as the German cities Speyer, Worms, Mainz, Koblenz, Bonn, Cologne (Köln), and Düsseldorf. Popular excursion destinations include Heidelberg, Frankfurt am Main, and Burg Eltz.

The full, Rhine-only cruise route is surprisingly seldom done these days. Far more popular is to combine the Rhine with its tributaries, especially romantic meandering Mosel (Moselle) and/or the Main River with its wide S-bends.

The Main-Danube Canal allows combination cruises of the Rhine and Danube river systems on the same boat. A few lines even offer 28-day mega cruises from Trier on the Mosel via the Rhine and Main to the mouth of the Danube at the Black Sea.

All major riverboat cruise companies have a presence on the Rhine River. Some of the better-known luxury boat cruise companies includeAvalon, Viking River Cruises, Tauck, Ama Waterways, Uniworld, Emerald Waterways, Scenic, Arosa, Nicko and CroisiEurope. The latter three are mostly sold to European travelers who often prefer to make own arrangements for sightseeing rather than taking all-inclusive cruise package deals.

The Danube River is after the Rhine River the most popular river for cruising in Europa. According to some measures, the Danube is even more popular with North Amreircak travelers than the Rhine.

The Danube River (Donau) is navigable in Germany from Kelheim (where the Main-Danube Canal provides a link to the Rhine river system) all the way to the Black Sea. Most of the German part of the Danube is seldom used for luxury riverboat cruises.

The most popular departure point for Danube cruises is Passau in Bavaria. This Baroque German city is on the German-Austrian border at the confluence of the Danube and Inn Rivers. Boats generally go from here downstream although a few cruises are available into Germany too.

Luxury cruises on the Danube River are mostly around a week. However, occasionally cruises can be as short as three days or as long as three weeks. The most popular section of the Danube River is between Passau in Germany and Budapest in Hungary (via Linz, Melk, and Vienna in Austria and Bratislava in Slovakia). One-week Danube River cruises are typically return trips from Passau to Vienna.

The Rhine and Danube Rivers are by far the most popular for riverboat cruise vacations. However, the Elbe River in the eastern parts of Germany offers a very interesting alternative too.

Elbe River cruises can be from Hamburg all the way to the confluence with the Moldau near Prague in the Czech Republic. When Elbe River cruises are combined with other rivers such as the Spree, Havel, and Vltava (Moldau), it is possible to visit UNESCO World Cultural Heritage sites as diverse as Berlin, Potsdam, Dessau, Lutherstadt-Wittenberg, Dresden, and Prague.

Luxury riverboat cruises along the Elbe River are usually a week but can be as short as four days or up to two weeks. The most popular section of the river is from Prague to Magdeburg with extensions to Berlin, whether by boat or bus, often included.