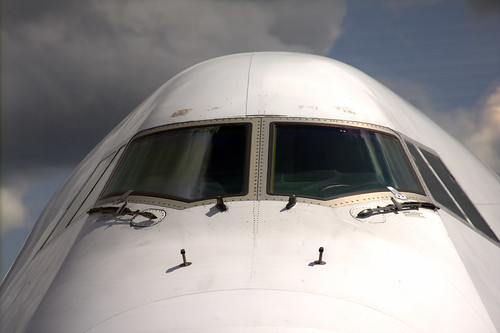 Frankfurt International (FRA) and Düsseldorf Airports (DUS) are the largest airports in Western Germany and are mostly used by traditional full-service airlines. For cheap flights on low-cost airlines, it is often necessary to fly to the smaller and less convenient airports Frankfurt-Hahn (HHN), Cologne-Bonn (CGN), and Weeze (NRN).

Lufthansa and other full-service airlines often have internet-only specials that can compete well with low-cost airlines on price. Use major internet ticket reservation services to determine which flights are available before booking low-cost airlines to less convenient airports. Often, when a special fare is available on Lufthansa, flying to Frankfurt or Düsseldorf may be cheaper than the additional fees plus longer ground transportation times that need to be added to low-cost airlines ticket prices.

Frankfurt International Airport (FRA) is by far the largest airport in Germany and by many definitions the largest in continental Europe. Lufthansa, Europe’s second-largest airline, uses Frankfurt as the main hub of its vast domestic, European, and intercontinental flight network.

All major full-service airlines fly to Frankfurt with a huge number of intercontinental flights available. Due to the cost of Frankfurt, low-cost airlines are seldom seen at FRA. Budget carriers often fly to Frankfurt-Hahn (HHN), which is far from Frankfurt, or Cologne-Bonn (CDG) airport.

Ground transportation to Frankfurt International Airport (FRA) is fast and easy. Frankfurt am Main can be reached in 15 minutes by train or car. Numerous long-distance trains stop right Frankfurt Airport itself – Cologne (Köln) can be reached several times per hour on Inter-City Express (ICE) trains in just an hour.

Fly to Düsseldorf Airport (DUS) in the Ruhr Area

Public transportation to Düsseldorf Airport is well developed. Düsseldorf Hauptbahnhof is a 12 minutes S-Bahn train ride away. Other major Ruhr towns including Duisburg (12 minutes) and Essen (25 minutes) can also be reached by direct train. Long-distance and ICE trains also stop at the airport.

In contrast to many other airports popular with low-cost airlines, ground transportation to Cologne-Bonn Airport is exceptionally convenient. Regular train services to Cologne Main Station (Köln Hauptbahnhof) takes only 15 minutes while buses reach Bonn in half an hour.

Frankfurt-Hahn Airport (HHN) is a small regional airport far away from Frankfurt in the far west of Germany near Trier and Luxembourg. Flughafen Frankfurt-Hahn is used only by low-cost airlines, particularly Ryanair and Wizz Air.

Ground transportation to Frankfurt-Hahn Airport is rather cumbersome. Buses from Hahn take around 90 minutes to Frankfurt am Main but reach Mainz in an hour. Buses to Koblenz, Trier, and Luxemburg take just over an hour each.

Airport Weeze (NRN), formerly Flughafen Niederrhein, is also used by low-cost airlines Ryanair and Wizz Air. Düsseldorf is sometimes worked into the airport name but bear in mind that any flight to Düsseldorf (Weeze) will arrive almost 80 km from Düsseldorf.

Ground transportation to Airport Weeze (NRN) is simple by car but fairly cumbersome by public train or bus. Regional Express trains from Düsseldorf to Cleve stops at Weeze station, which is a ten-minute Airport Shuttle Bus ride from the Airport Weeze.

Direct bus services from Airport Weeze go to Düsseldorf (90 minutes) and Duisburg (50 minutes). Weeze is convenient for travelers to several Dutch towns such as Nijmegen (45 minutes) and Arnhem (1h).

Frankfurt International Airport (FRA) is by far the most important airport in Germany. However, Munich Airport (MUC) in Southern Germany serves even more European destinations. Berlin Airports (Berlin-Tegel TXL and Berlin-Schönefeld SXF) are convenient for flights to the eastern parts of Germany while Hamburg (HAM) is the most important airport in Northern Germany. (D090402)