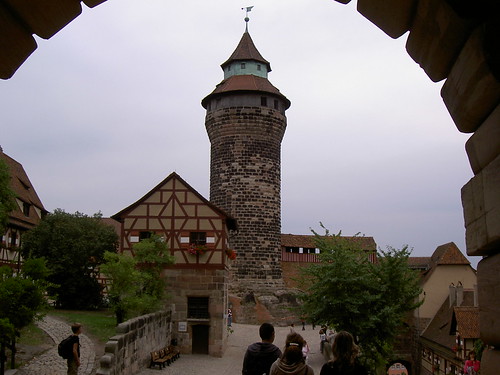 Nuremberg Airport (Flughafen Nürnberg) is just minutes outside Nuremberg (Nürnberg) in Franconia, northern Bavaria. It is used as a hub by airberlin, Germany’s largest low-cost airline, allowing for cheap tickets to many domestic and European destinations. Several other carriers use Nuremberg Airport (NUE) with the number of cheap flights to Mediterranean holiday destinations particularly high. (Many flights are seasonal only.)

Airberlin (AB) uses Nuremberg / Nürnberg Airport (NUE) as a major hub. As result, a huge number of cheap flights are available not only to traditional holiday destinations in the Mediterranean region but also to many other cities in Germany. Trains are often the best way to travel inside Germany but airberlin offers a viable alternative if traveling to or from Nuremberg to other major German cities.

Flights on Lufthansa to Nürnberg are mostly aimed at business travelers or to connect to long-distance Lufthansa flights at larger airports. Lufthansa has flights to Nuremberg / Nürnberg (NUE) from Berlin-Tegel (TXL), Brussels, Düsseldorf, Frankfurt, Hamburg, Munich, and Paris-Charles de Gaulle.

Lufthansa often has internet-only special fares on domestic and European flights that compete very well on price with low-cost airlines.

Other Flights to Nuremberg / Nürnberg (NUE)

Several airlines fly to Nürnberg mostly to offer through connections to long-distance flights from other European hubs or to tourist destinations, especially in Turkey. These include:

Cheap tickets are often available on flights from Nuremberg / Nürnberg on strongly contested routes such as Nuremberg to Berlin, Palma de Mallorca, and Antalya.

Getting to Nuremberg Airport is very easy from downtown Nürnberg with excellent transportation links to the rest of Franconia and Bavaria. Nuremberg is a historically very important town with major sights including the Kaiserburg Imperial Castle, an interesting wall-enclosed old town, the Albrecht Dürer Museum, and the Nazi Party Rallying Grounds.