Discounts and savings on designer brand-name fashion is the attraction of the factory outlet shops in the Ingolstadt Village mall near Munich in Germany. 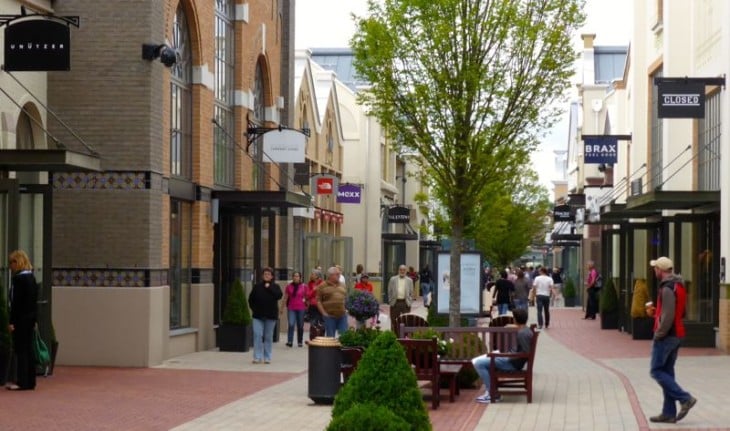 Ingolstadt Village is a Chic Outlet Shopping factory stores center with around 130 boutiques selling mostly higher-end fashion labels. The selection of brands is clearly a bit more chic than many other factory outlet malls. 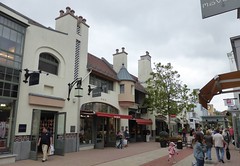 Hugo Boss arrived at Ingolstadt Village in 2013. However, for the largest selection on Hugo Boss head to the best factory outlet shopping centers in Germany at Metzingen near Stuttgart, where Hugo Boss has several stores.

Jewelry and watches can be bought at discount from Christ, Fossil, and Swarovski. Samsonite is at hand for new luggage to carry shopping home. 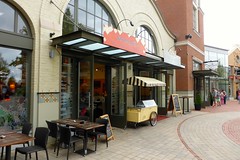 Sport wear shops are surprisingly small and low key at Ingolstadt Village compared to most factory outlet malls. No Adidas, Puma, or Reebok but sports good are available from Asics, Columbia, Nike, Odlo, Salomon, and The North Face.

The factory outlet stores at Ingolstadt Village are open Monday to Saturday from 10 am to 8 pm. Like almost all shops in Germany, the outlet mall remains closed on Sunday.

Ingolstadt Village is a typical German factory outlet shopping mall. The various shops and boutiques are grouped like buildings in a village around a main street. Shops are therefore not directly linked with no cover to protect shoppers between boutiques during inclement weather.

Getting to the savings at the factor 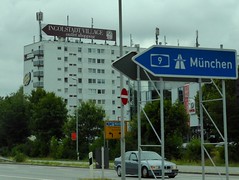 y outlet stores at Ingolstadt Village is easy by car, bus or train from many parts of Bavaria. Special shopping express buses travel from Munich and Nurnberg. The address is Ingolstadt Village, Otto-Hahn-Straße 1, 85055 Ingolstadt.

Ingolstadt Village is directly next to the Autobahn A9 that links München with Nürnberg. Use exit Ingolstadt-Nord on the A9 and head towards Ingolstadt-Ost from where signboards point to the mall. Parking is plentiful and free. Driving time from Munich is around 40 minutes or an hour from Nuremberg.

Public transportation options are also available. Bus 20 connects Ingolstadt Village generally hourly in 10 minutes with Ingolstadt-Nordbahnhof and central bus station (ZOB). Only local trains stop at the Nordbahnhof – from the central train station (Hauptbahnhof) take bus 10 or 11 to the ZOB and change to bus 20. Travel on the Regional Express (RE) train from Munich to Ingolstadt-Nord and then on bus 20 to the outlet mall takes around 1h20 – the Bayern Ticket may be used.

Two special shopping express buses are organized by Ingolstadt Village from Munich and Nuremberg for around five hours of outlet mall shopping:

From Munich Airport (MUC), the Ingolstadt Airport Express provides generally hourly services. Note that part of the journey is completed by a smaller bus or taxi requiring reservations at least an hour before departure from the shopping center.

Outlet shopping is increasingly popular in Germany. The best factory stores are at Metzingen (near the Hugo Boss factories) to the south of Stuttgart. A further outlet shopping mall is Wertheim Village near Würzburg and Frankfurt am Main.