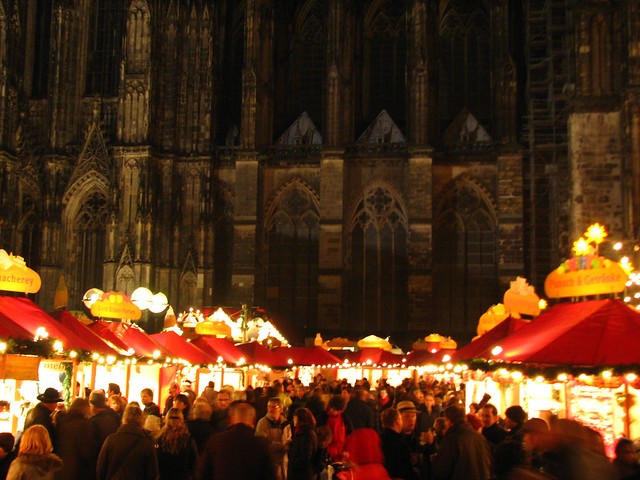 DFDS Seaways offers cheap deals on ferry crossings with bus transportation and hotel accommodation for mini breaks on coach tours to Christmas markets in Germany departing from Newcastle. These four-night breaks include two nights at sea and two nights in three or four star middle class hotels as well as bus transportation between Ijmuiden (Amsterdam) port and the Weihnachtsmarkt town in Germany.

Christmas Cruise Break from Newcastle to Cologne Market in Germany

DFDS sells cheap package deals for travel from Newcastle to the famous Weihnachtsmarkt in Cologne (Köln) in Germany. The package deal includes:

DFDS Seaways package deals to Cologne Christmas Markets are available in 2010 for departures from Newcastle on December 3, 11, and 18.

Christmas Cruise Break from Newcastle to Hamelin Market in Germany

A more romantic alternative to the famous Christmas market in Cologne is the Weihnachtsmarkt in Hamelin (Hameln), the town from Pied Piper and rat catcher fame. This beautiful and romantic town, full of half-timbered Weser Renaissance houses, also sports a lively Christmas market with small town flair.

The DFDS package deal from Newcastle to Hamelin in Germany can be booked for ferry sailings departing from Newcastle in 2010 on November 27 and December 11 and 15.

DFDS Seaways also has cheap package deals for Christmas Markets in Brussels and Bruges (Brugge) in Belgium as well as pre-Christmas shopping trips and New Year’s Eve deals to Amsterdam.