Gunzenhausen in Bavaria has an excellent Fossils and Lithography Museum while the nearby Altmühlsee (Lake) is popular with nature and water sports lovers. 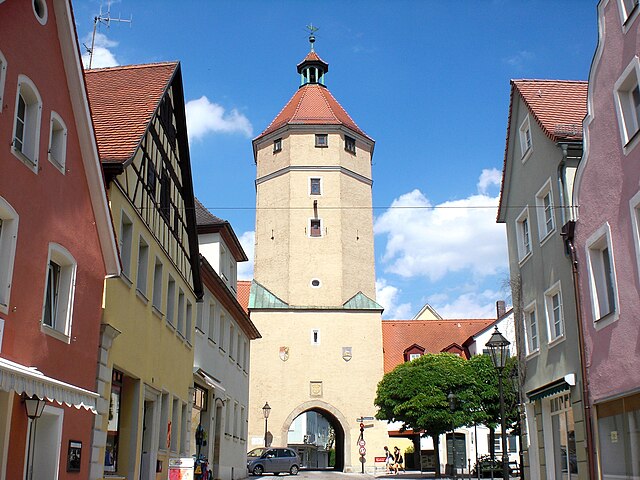 Although Gunzenhausen once had a Roman fort and sports a written history going back to 823, the town itself is less interesting than its population of 17,000 would suggest. From the 14th century, Gunzenhausen belonged to the burgraves of Nürnberg (Nuremberg), who gave it some Baroque buildings, but nothing that compares with the Baroque splendor of nearby Ansbach or Eichstätt.

However, it is worth stopping in Gunzenhausen for the museums. A further draw for tourists is the nearby Altmühl Lake. The completion of the Altmühlsee (Altmühl Lake) in the 1980s gave Gunzenhaseun a growth spurt, as it became a popular starting point for water sport on the lake and in the valley.

Gunzenhausen Museum of Fossils and Lithographs

In 2005, the excellent Fossilien und Steindruck Museum (Museum of Fossils and Lithography), Sonnenstraße 4, tel 09831- 882-655, moved from Maxberg to the edge of Gunzenhausen’s old town. The museum has a large collection of local and international fossils as well as numerous castings of famous fossils including copies of all nine archaeopteryxes. During summer, a specialist’s workshop with supervision is available for the preparation of fossils – advance reservations are required and the costs are €15 per hour.

The second focus of the Gunzenhausen Museum of Fossils and Lithographs is lithography (stone printing) and its development since its invention in 1798 by Alois Senefelder. The new lithography process immediately halved the costs of printing musical scores and made printed illustrations possible. In addition to historical equipment, a vast collection of original lithographs by internationally famous artists is on display.

The opening hours of the Fossilien und Steindruck Museum (Museum of Fossils and Lithography) are daily from April to October from 9 am to 5 pm but from November to March only on Sunday from 10 am to 4 pm. Admission is €3.50.

Other Museums in Gunzenhausen in Bavaria

In the heart of Gunzenhausen old town is the interesting Stadtmuseum (Town Museum), Rathausstraße 12, tel 09831-508-306. In addition to local history, the museum has a large, eclectic collection of furniture, faïence tiles, and special sections on Jewish life in the region as well as on alchemy.

The Museum für Vor- und Frühgeschichte (Pre- and Early History), Brunnenstraße 1, is a dependence in a nearby building. It exhibits archeological finds from the Gunzenhausen region ranging from the Stone Age to the early Middle Ages.

The nearby, 33-m/108-ft-high Blasturm (gate tower) is the only of Gunzenhausen’s four original town gate towers that survived to the present. The lower parts are 14th century but the upper floors date from 1603. At the top is a fully furnished tower watchman’s house. The tower is only open from May to September on Thursday and Sunday from 11 am to noon.

Opening hours are slightly longer for the round, 14th-century Färberturm (tower), at the south of Gunzenhausen’s old town. It is open from May to September on Thursday from 10 am to noon and Sunday from 10 am to 4 pm.

St Maria, Kirchenplatz 11, is a late Gothic, 15th-century church erected on top of the foundations of the former Roman fort. Noteworthy is the Volpini crucifix in the Baroque high altar.

The Altmühlsee Lake in Bavaria, Germany

The Altmühlsee (Lake) was created in the 1980s as part of the larger Franconian Lake District project to reduce flooding in the Altmühl valley as well as redirecting water from the Danube basin to the north. The 450-ha/1,112-acre Altmühl lake is at most 2.5-m/8-ft deep.

At the north of the Altmühlsee lake is the 120-ha/300-acre Vogelinsel (Bird Island), a nature reserve where over 200 species of birds have been observed. A circular, 1.5-km/one-mile long hiking route with observation tower is always accessible freely.

It is strictly forbidden to leave the marked trail or to feed birds.