Buy, Search, and See Fossils in Quarries and Museums

The Altmühl Valley is famous for fossil hunting opportunities in limestone quarries and museums in Gunzhausen, Solnhofen, and Eichstätt. The hunt for the 10th archaeopteryx is on… 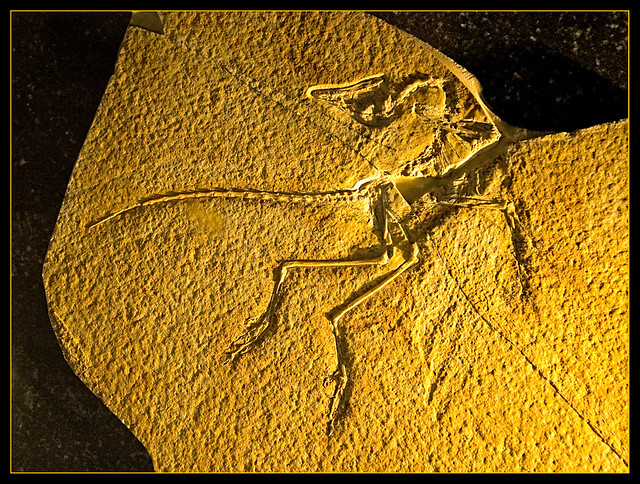 Around 150 million years ago, the Altmühl Valley in Bavaria had a tropical climate and was at the edge of the Jura Lake. Many animals and plants were preserved as fossils in the lime slurry at the bottom of the lake. The Altmühltal Valley area is a true haven for fossil hunters with over 800 different plants and animal species discovered up to date including ammonites up to 2 m/7 ft. Many opportunities exist for hunting fossils cheaply and legally.

The Altmühl Valley’s prize finds are the nine archaeopteryxes, fossils only found in this area of primitive reptile-like birds that hints at a link between dinosaurs and birds.

The hunt for the 10th archaeopteryx is on and at four Altmühl Valley limestone quarries, anyone may search for fossils. (Collecting fossils anywhere else in the park is illegal.)

The most popular fossil hunting area is the Steinbruch am Blumenberg, near Eichstätt, tel 08421-98-760. It is easily accessible, the stones are relatively soft, and the necessary equipment can be rented on site. It is open daily from 9:30 am to 6 pm. Admission is €2.

Further popular quarries with fossil hunting facilities are attached to the Museum Bergér in Eichstätt and the Bürgermeister-Müller-Museum in Solnhofen.

During summer, a specialist’s workshop with supervision is available in the museum in Günzenhausen for the preparation of fossils. Advance reservations are required and the costs are €15 per hour.

The Fosilienpfad (Fossils Way) is a 9-km/5.6-mile circular route from Eichstätt Station via the Willibaldsburg (Jura Museum), the Blumenberg quarry, and Museum Bergér.

Other important fossil collections in the Altmühltal can be seen in Günzenhausen and Solnhofen.

No time or no luck while hunting for fossils in the limestone quarries? It is possible to buy already prepared fossils and minerals from the region at Museum Bergér, Harthof 1, tel 08421-4663, in Eichstätt.